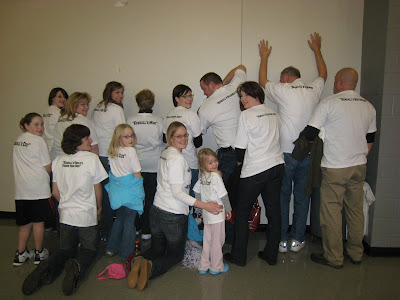 Monday night, December 29, 2008, the family and a few others donned our Kendall t-shirts and went to see him play basketball at Hall High School. They played a team from Louisiana and won. Kendall had 14 points with 6 of them coming down the stretch after the opposing team had pulled within 2 points. Kendall got a nice write-up in the Arkansas Democrat Gazette.