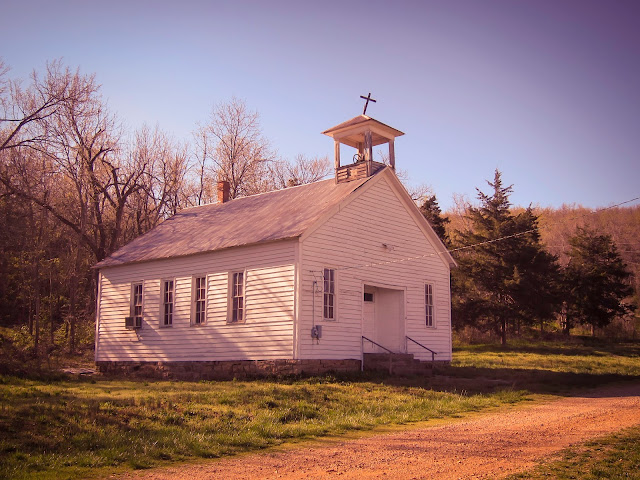 Iblubbered all the way through church this morning.

It was just one of those mornings where everything I saw and heard hit me like an emotional ton of bricks.

The first thing to whack me up side the heart was my husband mentioning to someone that a man was present in the service who had "been there" when both his mom and dad died.

Been there to minister to his dad when he had a stroke while on a ladder at the church changing out light bulbs in the sanctuary--been the one to call him when his mom had passed and we were living in another state many years ago.

It took me back to nine wonderful years we spent at Baring Cross Baptist Church in North Little Rock, Arkansas.

But the kind of fresh pain that is almost beautiful to experience--you know, the kind where the happiness THEN is part of the pain NOW--(from the C.S. Lewis movie, Shadowlands)

The next thing to touch me deeply was a sweet little couple sitting in front of us.  I would guess they were in the vicinity of 85 years of age.

For a couple of years now, it has been very hard for me to stand during praise and worship time at church--and impossible for me to kneel after having a knee replacement four years ago.

Now don't get me wrong, I am not griping about it--just letting you know where I am coming from--I realize I have it 'very good' and there are many, many people with way worse physical problems than I have.

However, I think where I am in this physical challenge was one of the things that made me super sensitive to the sight in front of me.

The sweet little bowed up man came in on a walker--took some time to get in the pew and get seated. Just about the time he did, the music director motioned for the congregation to stand to sing.

Now I was sure that little old man would remain seated, just as I have, for the last couple of years--at least for most of the song service.

But you know what, he threw me a curve ball--Sure as I'm living and breathing in that pew behind him, he leaned over to grab the pew in front of him and strained with all his might to pull himself up to stand.

He was not a big man to begin with and with the age and bone disease that made him somewhat hunkered, he was very small--but in my eyes he couldn't have been any taller if he had been Shaquille O'Neal.

All the while, his sweet little wife who was somewhat feeble herself, was trying to help lift him up.

And it didn't stop there, all through the service, she kept patting him and looking over to check on him to see how he was doing even after they had sat back down.

There was more emotion than I could handle and I was taking deep breaths to keep from just doing the real ugly cry.

Two things stood out in my mind--the compassion she had for him--definitely Jesus' compassion--it was written all over her.

AND, the fact that even though it took major effort, he stood up for Jesus.


© ALL ART, PHOTOGRAPHS AND TEXT PROPERTY OF ELIZABETH DIANNE UNLESS OTHERWISE NOTED, ALL RIGHTS RESERVED, 2008-2015