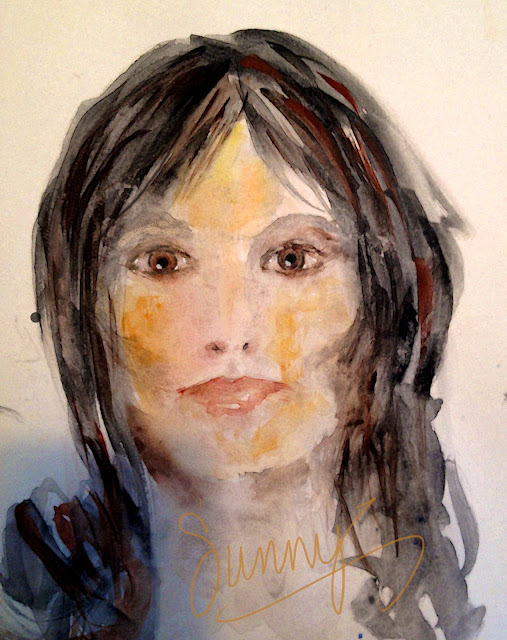 Sunny considers herself to be a servant of the Lord and knows that it is one of the greatest privileges and responsibilities of her life.

One of her favorite things is to praise the Name of the Lord.

She especially loves the scripture from Psalm--

Her mother told her a story about her name that she loves.

She remembers vividly the night she came to
know Jesus as her personal Lord and Savior.

She was pregnant with Sunny and wondering what she was going to do,
how she was going to handle a new baby without the benefit
of a husband for her and a father for the new life growing
inside of her.

As she was out strolling in the black of night
with moonbeams casting their sparkles around her,
it seemed she was caught up in a vision.

Before her appeared the missionaries she had met as a small child
and in their hands were pages of light that seemed to have
letters and words that danced across the golden parchment.

As the words waltzed across the illumined page,
passages of scripture from the book of John
suddenly appeared and pierced her eyes
making their way to the craters of her heart.

They landed there with perfect precision
igniting the passions of her soul with a heavenly sunlight.
Suddenly she understood everything they had said to her--

The darkness around her was instantly overcome with light,
she made the God of the Universe her own through the sacrifice of Jesus.
She knew He would see her through her deepest needs.

She named her baby Sunlight Dance and called her Sunny for short.

copyright 2013-all text, art and photography property of Elizabeth Dianne.