Oh the Glory of Your Presence 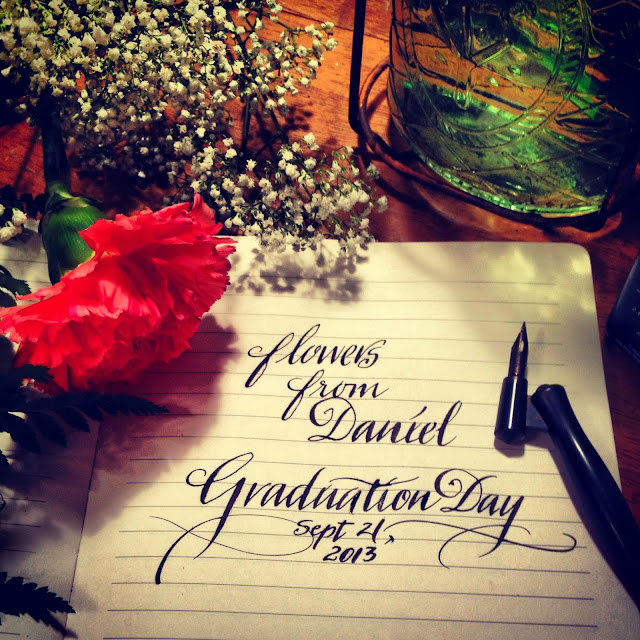 If I had to name my favorite blessing of the past week, it would have to be the glory of the presence of God.  Thank you, Lord, for your manifest presence in my life.

The next favorite blessing would have to be one of the guys at the Ranch, Daniel, asking me to speak on his behalf at his graduation and be his mom for the day.

His mother lives in Illinois and because of health reasons is unable to travel.  Oh how humbled and honored I felt.

She had written a congratulatory letter that I read, I spoke a little bit about the joy of watching the guys grow in their faith from week to week as we teachers meet with them and study God's Word.  I also read a poem that Daniel wrote in one of my classes.  I would like to share that with you.

I was in an aluminum prison

One that I crawled into of my own accord.

The love I had for this prison kept me there for a long time.

It was a beer can.

But when I wanted out,

I COULD NOT GET OUT.

and told of a promise land I could go to,

but I had to walk through a fire to get there.

I said I would do anything.

Going through the fire I doubted the Lord a little

But kept the faith.

Once through the fire I saw the Promise Land--

A lake, green grass and a ranch I live on.

I gave thanks to the Lord and His angels.

Or even look back.


I finished the study of Daniel with www.shereadstruth.com.  Oh what a blessing it was.  While I learned a lot about the prophetic parts of Daniel there were other great truths that were wonderful to revisit.  It is my desire to lead many to righteousness, which is Jesus.  I am excited about the prospect of teaching it to the guys at the Ranch. 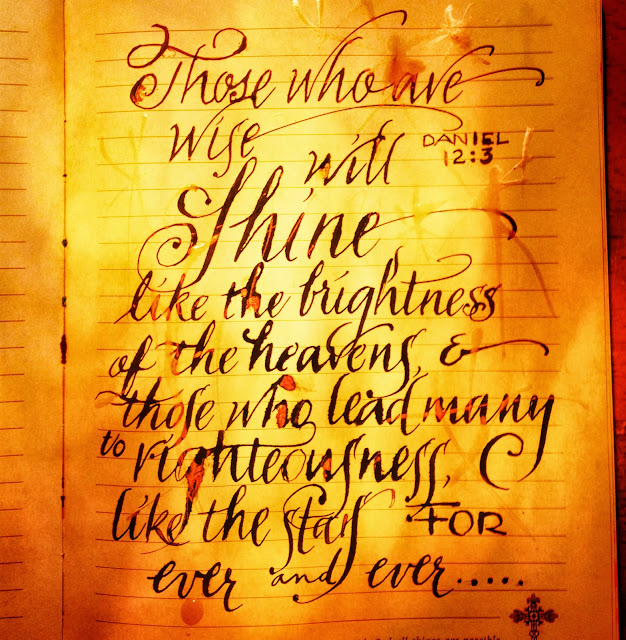 Another big blessing for me was working with dip pen and ink in a Spencerian Hand--wow!  it is going to take lots and lots of hard practice but I am up for the task I think and feel like I did improve from the one just above to the one at the top of the blog. 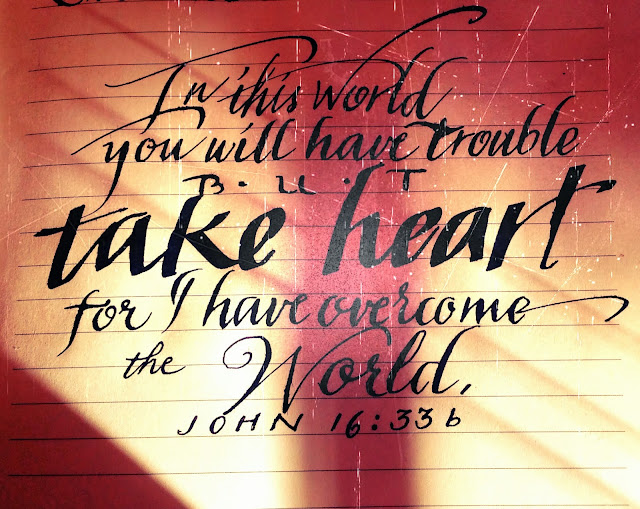 I did this one today and I can see a little progress in it.
This verse is from the new study with She Reads Truth. 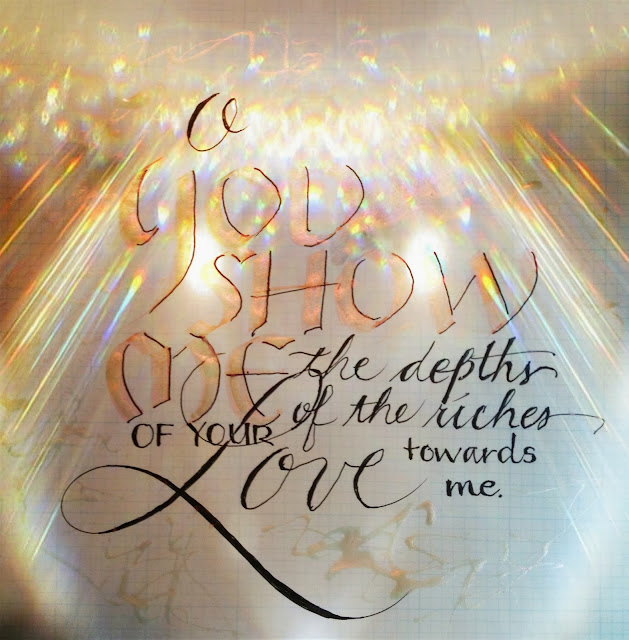 This is one I did after studying the last chapter of Daniel--I did not use a dip pen with it.  Used some FW acrylic inks, a pilot pen (extra fine point) and some digital texturing.

On the way back from class last Tuesday, these little buttercups were making their last stand-- 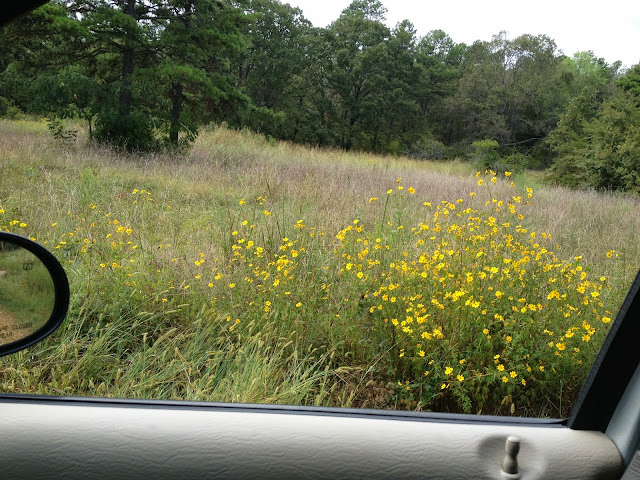 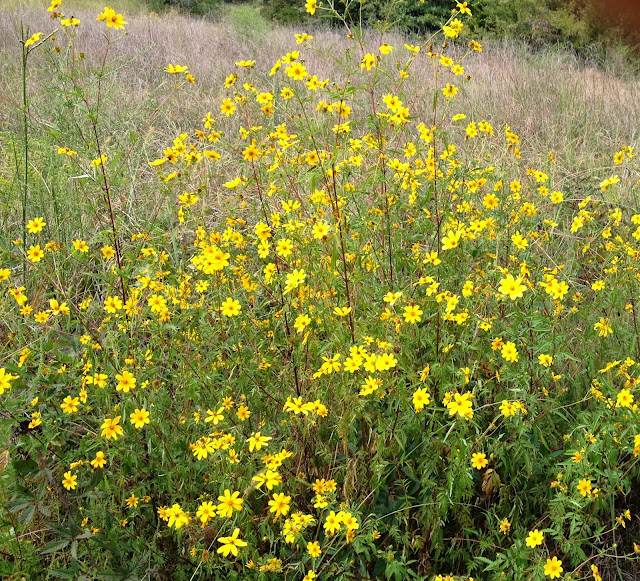 as fall is slowly but surely settling it. 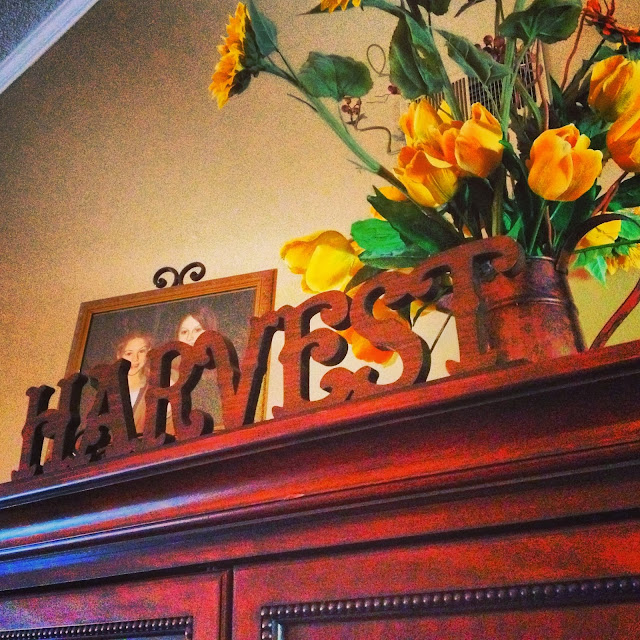 adding a little autumn touch to the old home place--

with His overflowing abundance.

That is not to say we don't have our trials and tribulations--we do!

But it's so much more fun to count the joys instead of focusing on the harder stuff.

My friend I hope your week is blessed beyond compare.