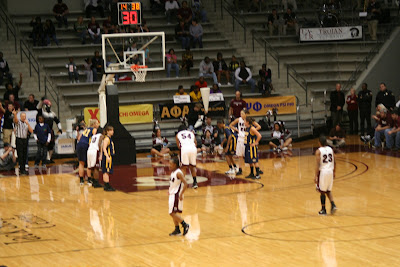 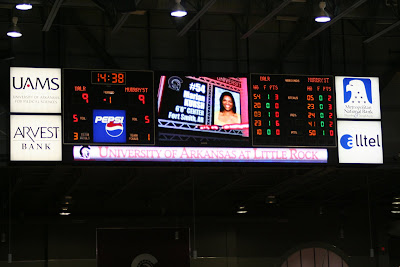 The incredible scoreboard at Jack Stephens arena--as wide as the court itself! 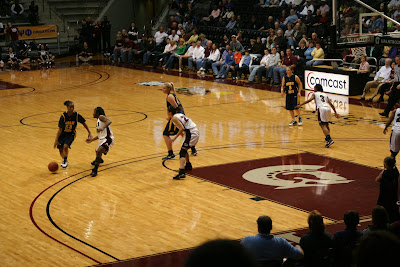 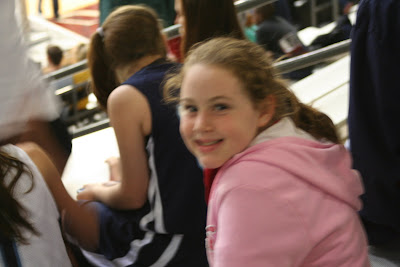 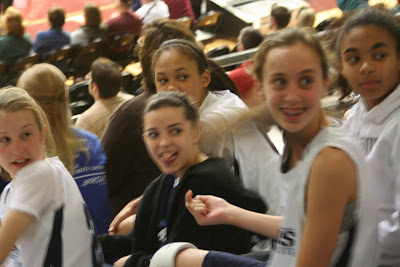 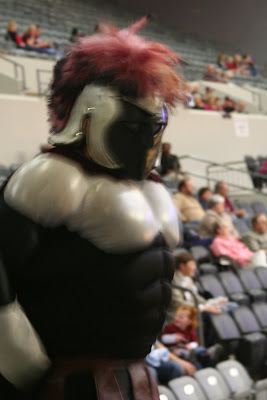 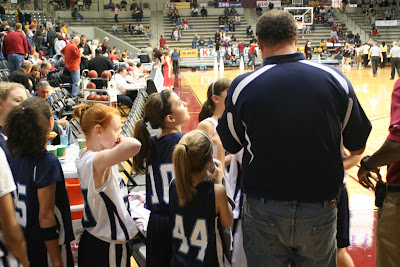 Michael talks to his girls right before they take the court at half-time. 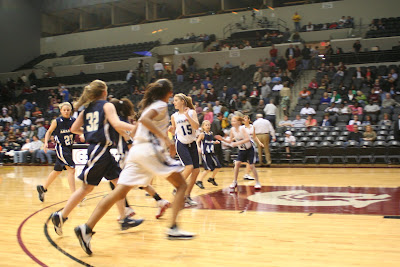 Caroline is on the far left. 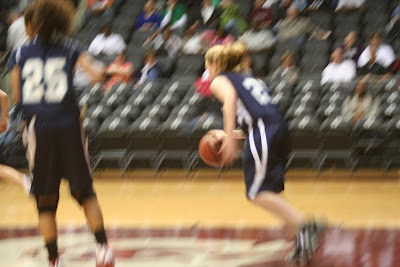 Caroline gets the rebound and starts to dribble downcourt. 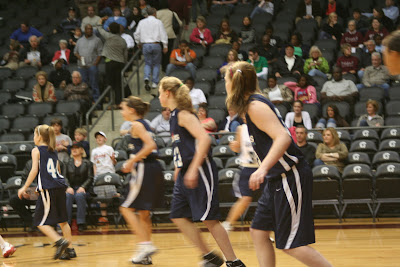 Gettin' set to play some defense. 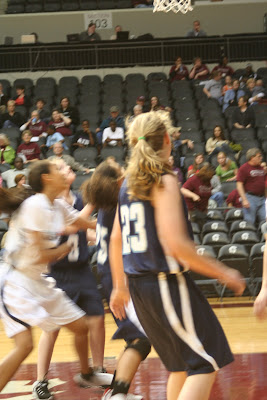 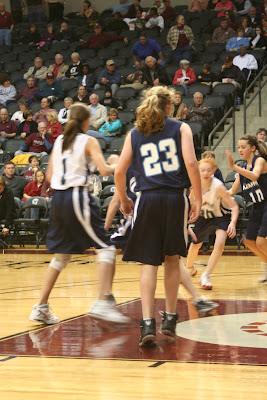 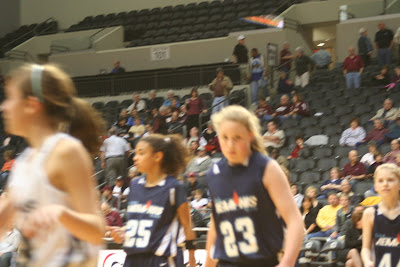 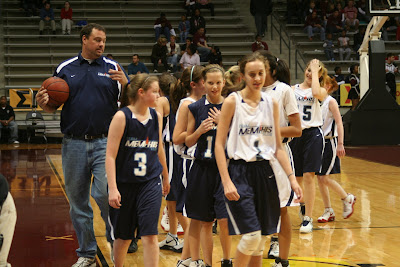 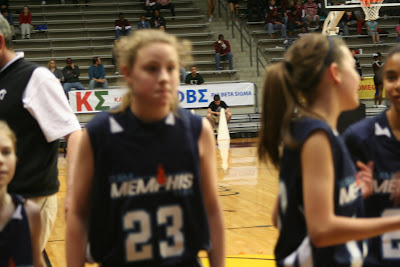 We attended the Women's National Invitational Tournament at UALR last night in the Jack Stephens Center. The building is beautiful and a far cry from the old gym we played in when we were there in the early 1960's. I was a cheerleader in 1965 for the then Little Rock University Trojans.
UALR lost to Murray State 67-65, a heartbreaker.

Caroline's AAU team was asked to provide a demonstration of young girls' present-day basketball. She is #23 so you'll notice that I got quite a few pictures of her.
If UALR won, Kennedy's team would have gotten to play at half-time on Sunday night, the 22nd, of that game. As soon as the game was over and Caroline saw that UALR lost, she went straight and hugged Kennedy's neck because she knew Kennedy was going to be so disappointed. Caroline has a big heart and is very empathetic.
Labels: basketball Caroline