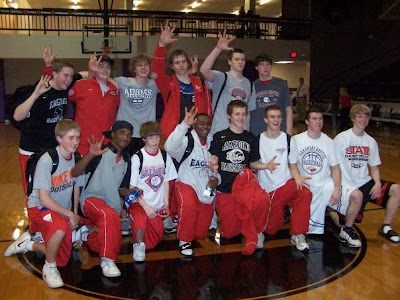 Kendall is on the far right of the front row. 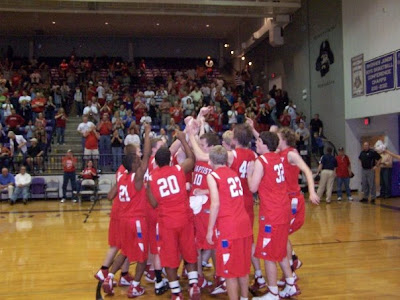 Arkansas Baptist won Friday night against Lafayette County High School and Saturday night against Earle High School to earn a berth in the state final championship game Thursday at Hot Springs' Summit Arena.
We were behind by 6 points at the start of the 4th quarter but outscored them by 10 points to take the win. Kendall had 1 three pointer and played awesome defense. The highlight of his defense was when a Bulldog was going in for a lay up on a steal and Kendall whizzed downcourt at incredible speed to knock the ball from his hands and deter the layup. (The picture above is from another game) The crowd went crazy. The crowd was an integral part of the victory on Friday and Saturday nights.
Labels: basketball Kendall