10 reasons why I am not posting today! 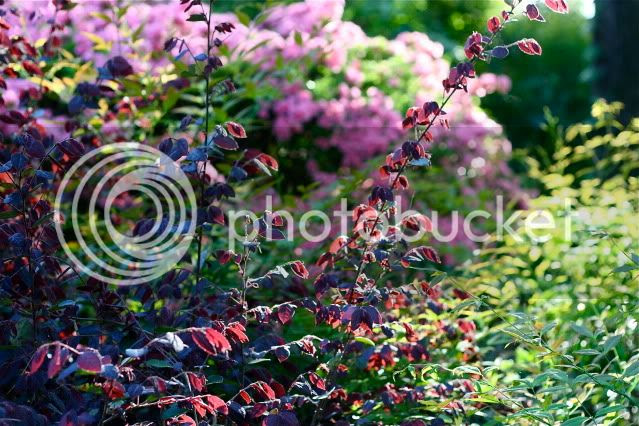 10. I had writer's block. Not that I am really a writer but well, ahem, you know what I mean.
9. I usually stay up really late getting my post ready and well, I was just tired and lazy.
8. I had a million ideas floating around in my head and could not get my thoughts organized--
what'd you say? what's different about that from any other day? did you really just ask me that??
7. I figured that you really needed a break from me. To have a successful blog, I've read where you should post consistently every day, or every other day for sure. They, whoever "they" is, say that if you go more than a day or two, your readership will forget to come back. So, even though I am not posting today, please, dear friend, don't forget to come back. I love you. I need you. I depend on you.
6. I couldn't decide whether to write a post about what I thought were the saddest scriptures in the Bible (wrote about my husband's yesterday--mine are from Psalm 137--don't go look, I might write about them next week--promise please!) or .....
5. a post about the Global Day of Prayer, which I read about over at Flickers of a Faithful Firefly. This post is short but really, really inspiring.
4. or a post about Asa from Chronicles in the Old Testament--the king who was devoted to God his whole life but who failed to bring down the high places in his land.....
3. or a post about worship. I really have worship on my mind since Sandy over at Faith Hope Love is writing a series of posts about it.....
2. or tell you about picking up three of my granddaughters from school yesterday--the youngest one has a friend who lost her grandmother unexpectedly this week. She seemed a little more subdued than usual so I decided to talk to them just a little about when I faced the death of someone close for the first time--
We were only a few minutes from the little country cemetery where Jackie, one of the dearest and best friends of my life, was buried so many years ago--She was 16--a heart condition that could be fixed so simply today.
I never dreamed those three girls would care so much about seeing the little cemetery or hearing an old grandmother's story of grief at a young age. I was just going to show them her grave (it has a beautiful picture of her incorporated into the headstone) and then leave. But, they wanted to read every headstone there and that is exactly what we did.
Because my good friend was a cousin to my first boyfriend and he has many relatives buried there, they wanted to know all the details of our relationship--how we started dating, etc. etc. You should have heard the screams and squeals when they asked and I told them, "yes, we kissed." "But, Mimi, you are old," they said. Did they really think I dated him when I was this age?? These granddaughters are almost 11, 13, and 15. I made sure I came home and told my husband about it because they said, "Ummm, we're gonna tell Boompa." He got a big laugh out of that.
1. So since I can't get it all together tonight and even if I could, I wouldn't know what to write about or where to start or how to organize my thoughts or how to put them on paper or how to punctuate or what words to use, I will not be posting today but
I am going to turn this scripture from Ephesians 1 into a prayer for you.

For this reason, ever since I heard about your faith in the Lord Jesus and your love for all the saints, I have not stopped giving thanks for you, remembering you in my prayers. I keep asking that the God of our Lord Jesus Christ, the glorious Father, may give you the Spirit of wisdom and revelation, so that you may know him better. I pray also that the eyes of your heart may be enlightened in order that you may know the hope to which he has called you, the riches of his glorious inheritance in the saints, and his incomparably great power for us who believe. That power is like the working of his mighty strength, which he exerted in Christ when he raised him from the dead and seated him at his right hand in the heavenly realms, far above all rule and authority, power and dominion, and every title that can be given, not only in the present age but also in the one to come. And God placed all things under his feet and appointed him to be head over everything for the church, which is his body, the fullness of him who fills everything in every way.

I long to have the fullness of Him who fills everything in every way fill me.
Update: Some of the comments, in fact, most of them, are better than the post. smile
and I wasn't going to tell this part but almost feel I have to now--Part of the reason why they were "gonna tell Boompa" is that I missed two turns on the way to take them home while relaying this information. They thought that was hilarious, (more squealing and comments of "he must have been fine"--especially since they have never seen me make a wrong turn before). Now I just have to make sure that Boompa doesn't come back here to check on more comments from AdoptionMama. Oh me, do you think I have opened a can of worms?? What does that mean anyway, opening a can of worms?--I think it means that Boompa doesn't know I missed the two turns.
and Sandy, I am a little sneaky at times but I had no idea what I was going to write when I entered the title to the post but was hoping something would come. When I taught creative writing I would tell my students to just start writing something like this: "Well, I really have nothing to write about but my teacher gave me this stupid writing assignnment and now I am going to just blah, blah, blah,"--the main thing was to get the pencil moving on the paper--
I did read on another blog last night a post entitled "10 reasons why I didn't post yesterday" and my mind sorta started whirling at that point because I knew I didn't have anything brewing as I normally do and maybe I could get pencil to the paper using that as a prompt. I guess it worked. Ha!
Labels: Global Prayer Day Jackie lazy tired worship writer's block