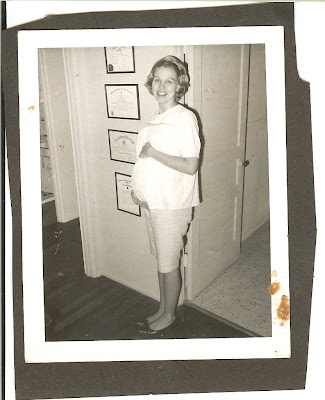 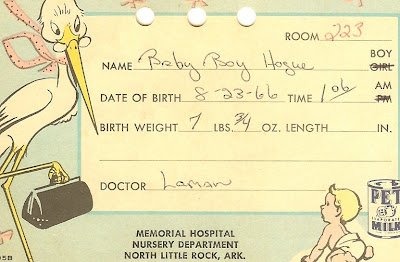 This was on Jeff's nursery bassinet at the hospital. 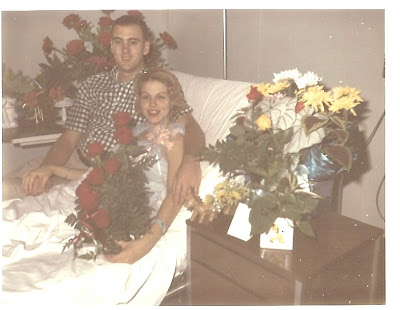 The happy couple the day after Jeff was born. 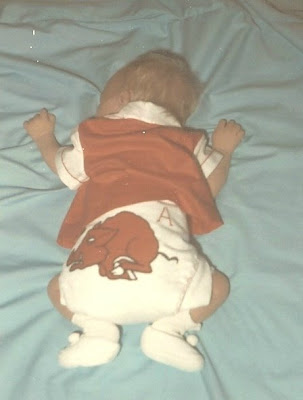 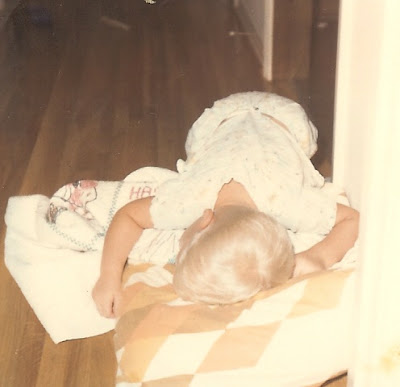 There is a story that goes with this picture but I will cry if I write it so maybe later. 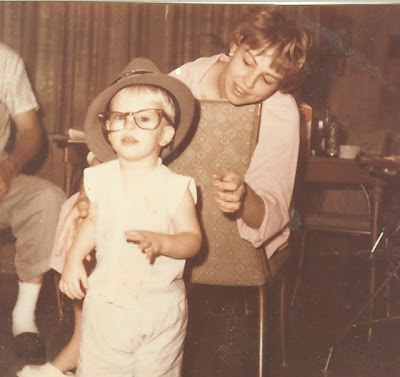 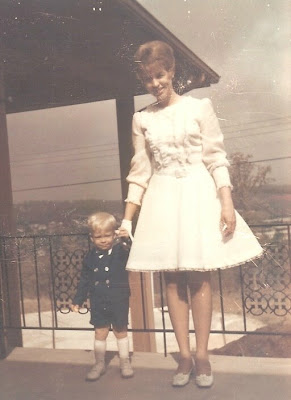 Jeff and I on his second Easter. 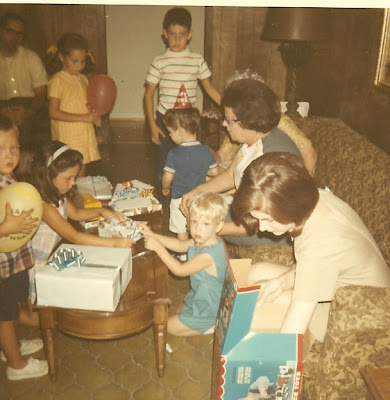 An early birthday. Meemaw and Marianne are on the sofa. 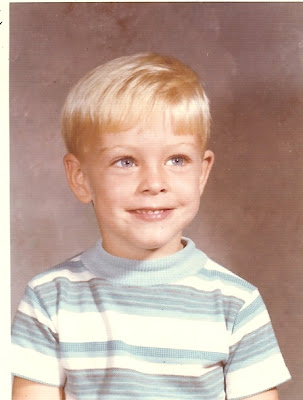 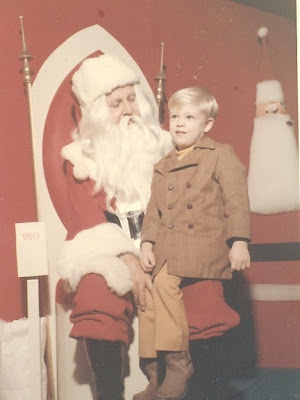 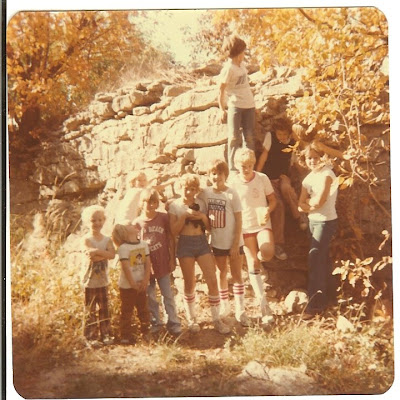 Jeff with Beth and Jerry's kids, brothers Chris and Michael, and Mark and Brad--this is in Tulsa. Strange as it may seem, Jeff works with Mark now in Little Rock. Brad and Michael are climbing on the rocks. Chris is on the far left. Jeff is the tall blonde, second from right standing. 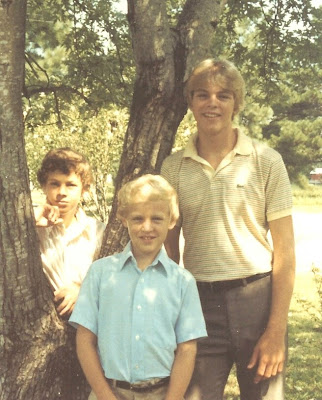 Jeff with brothers Michael and Chris. 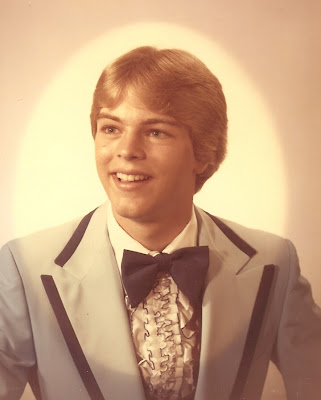 Jeff's ninth grade prom picture. We had a neighbor who begged me (because her daughter was dying to be in it) to try to get Jeff in the Hollywood movie, THE OUTSIDERS, directed by Francis Ford Coppala starring Matt Dillon, Tom Cruise, Patrick Swayze, Rob Lowe, Diane Lane and Ralph Macchio. I met Rob Lowe and Matt Dillon but didn't even try to meet Tom Cruise or Patrick Swayze. They were "nobodys" at that point in time. I sent this picture in and Jeff was chosen to be a "soc" in the movie. I had to take him to rehearsals every day for 42 days. They had to work with a stunt man who taught them how to do all that trick fighting. Of course, they fought the "greasers" in the movie. If you have really quick reflexes, you can pause the movie on half of Jeff's face on the big Hollywood screen. 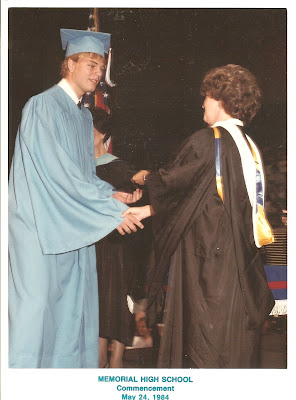 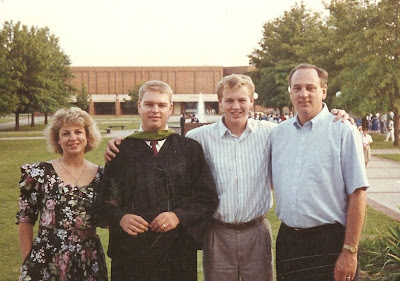 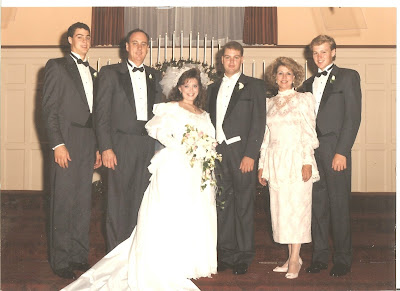 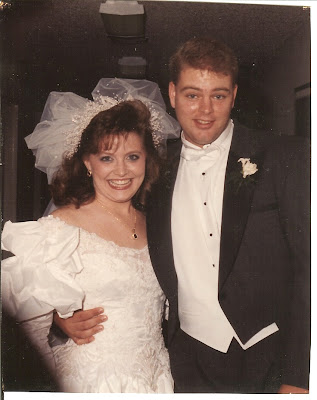 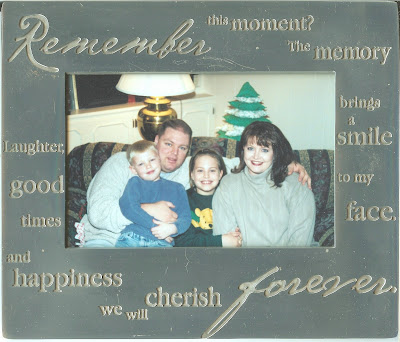 Jeff and Kim at Christmastime with their sweet family. 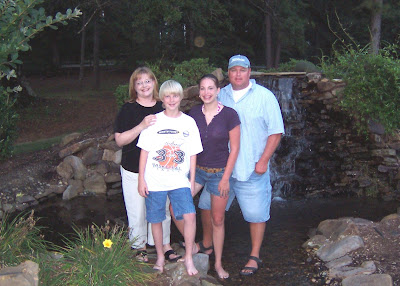 A family reunion at Cock of the Walk in Maumelle, Arkansas.

Our oldest son, Jeff, was born 42 years ago today. My, my the years have flown. I had no idea how fast they would pass. It seems just yesterday that he was heading off to college and now his first child, Kailey, is ready to leave for her freshman year at Union University.

When I had Jeff, it was the first time in my life that I felt I had really accomplished something and done something great. My mother stayed with me for several days after we came home from the hospital and we had such an awesome time taking care of him. We laughed till we cried when he gave us "a shower" as we bathed him for the first time.

Jeff, we love you so much and hope that this birthday is your best ever.