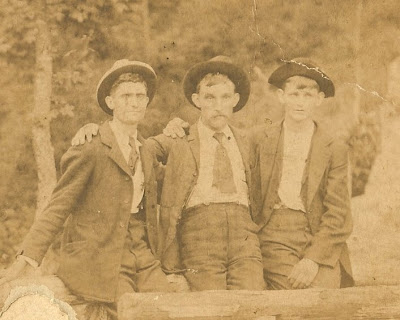 Papa is on the far right. I think this must have been one of his ornery days!
This picture looks like some that are posted on Facebook, LOL! 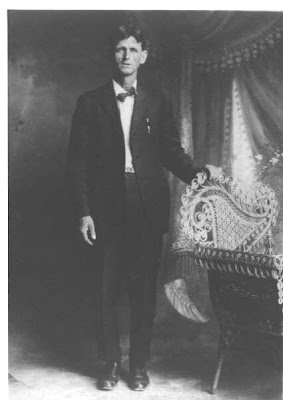 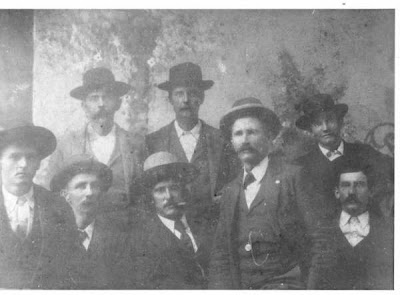 Now here's a motley crew!
Papa is on the far left front row. 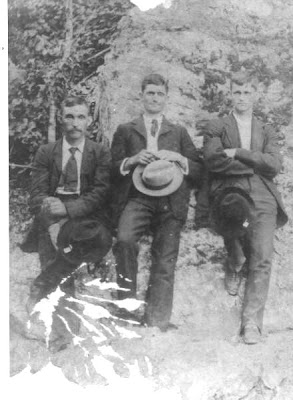 What a dashing young man!

My grandfather, David McDaniel, was born 130 years ago today. He was a real hoot, could quote the Bible from cover to cover, was a renegade of sorts, a preacher when he was living right, as honery as could be a good part of the time, carved canoes from trees, roofed a steep-pitched roof house when he was 88 years old, and when my grandmother developed hardening of the arteries in her eighties, (after being blind for many years) he treated her with the utmost dignity and respect and was there by her side for everything she needed. She had always called him "Papa." But at that point in time when her memory failed her, she called him, "Popie." It was the most heart-wrenching name I had ever heard.

For years he had made all her dresses since she was unable to go shopping. My favorite memory of him is riding the trolley to downtown Memphis to go Christmas "window" shopping with the emphasis on "window." My brother and I received one very small gift from them each year like a winter scarf or gloves but how precious that gift was to me. Memories--pressed between the pages of my mind!