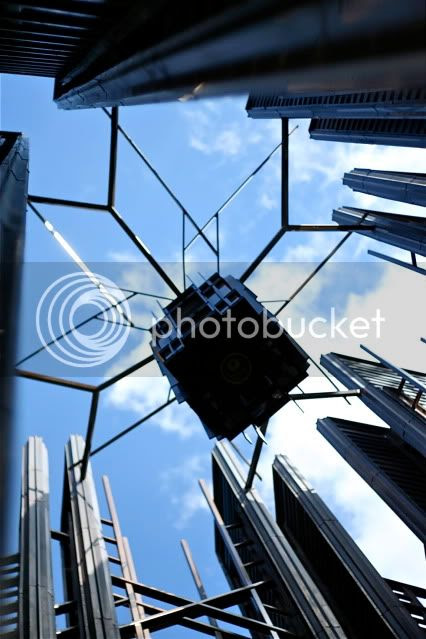 One week ago today--a tragic accident on Interstate 30 here in the Little Rock area--a life snuffed out in the twinkling of an eye. We do not understand. Our hearts grieve especially for those who loved "the lift man" so much. This is a tribute to him.

Neil Melton, "the lift man," as I have chosen to call him, was the father of my nephew's wife. I had been around him on occasion--for either occasions filled with elation or times of tragedy--births, weddings, accidents.

I couldn't say that I really knew him that personally although I visited with him periodically through the years. What I could say was that he seemed to be a quiet spoken, gentle man.

As I sat at his celebration service last Friday, I was awed by the things that were said about him: no one had ever heard him raise his voice in anger; he was always there for his wife, his children, his grandchildren; those he had worked with for half a century had never seen him lose his cool, heard him say an unkind or harsh word to a co-worker; he always made those working with him, even lowly apprentices, feel as though they were part of the answer to the problem of figuring out difficult technical and mechanical problems. He was an elevator engineer.

Those who spoke about him referred to his transparency. It was said that he never preached his religion but that Jesus' light shone through him. His sermons were preached with no words, just right living and responding.

As the pastor of the church where his service was held spoke of him and his willingness to help keep everything working properly because of his mechanical expertise, he mentioned having lived in England for a period of time. Across the ocean, when an elevator malfunctions, they call the "lift man" to come fix it. Elevators are referred to as "the lift."

The minute the pastor said that, I knew Neil Melton would forever be known in my mind as "the lift man." Everywhere he went, he not only fixed the problem of the elevator in question, but lifted the spirits of those around him.

What an incredible testament to one's life.

So, if I could have one prayer granted today it would be that the words of this blog would always uplift you in spirit and would uplift Jesus, the Son of the Living God.

Photo: I took this photo of a sculpture at the beautiful Anthony Chapel, Garvin Gardens, Hot Springs, AR a couple of years ago. I had always thought it looked like an elevator so naturally when I thought of Neil, the elevator engineer, lifting people's spirits to heaven, I thought of this picture.