If you have done much cyber messaging over the last several years, you know the shortcuts such as LOL--short for laughing out loud.

Every once in a while, one of these would appear that I did not know the meaning to--some I could almost figure out and didn't want to know the meaning. Others really got my curiosity up though.

One of those I kept seeing on many of my former students' Facebook pages was SMH.  I didn't have a clue what it meant but was too cool to ask.   This is where my old standby--the urban dictionary--comes in real handy--yes, at just a cyber touch, I knew that it was short for--shaking my head!

They use this mostly when they think someone is acting a fool and words will not convey a strong enough meaning for how they are feeling about it.   It can also be used when you witness something that you stand in awe of and words will not adequately describe how great it is.  Mostly they use it as the first meaning.

What is amazing to me is how almost every expression we have, if you dig deep enough, had its origin in God's Word.

So this morning when I read Psalm 22:6-8, I could just imagine the sarcasm with which these people looked upon David and slung their hurtful words--

But I am a worm and not a man,
scorned by everyone, despised by the people.

All who see me mock me;
they hurl insults, shaking their heads.

“He trusts in the LORD,” they say,
“let the LORD rescue him.
Let him deliver him,
since he delights in him.” 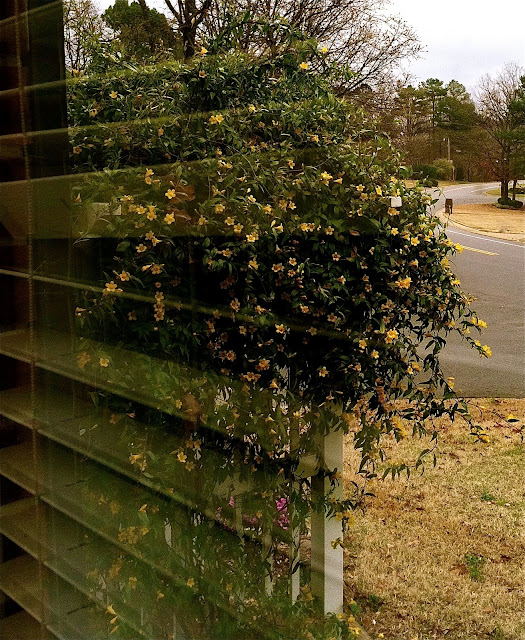 I am choosing to use the second meaning today as I look out my dining room window at God's little yellow jasmine trumpets blooming in mass all over the pergola--I just stand here SMH!

Hope you can use the second meaning and have something really wonderful to "shake your head at" today, my friend.

Loving you,
Dianne
2011-the Year of Beyond
Labels: cyber messaging David students