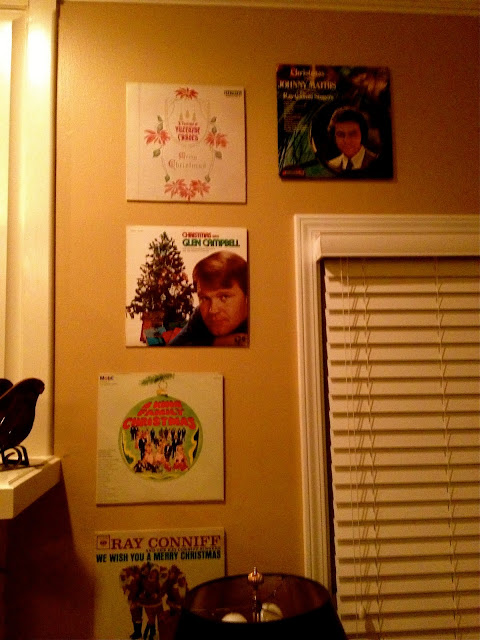 So I am finally back to show you another inexpensive way to decorate at Christmas.

I thought about doing this a couple of years ago but had never done it until this year.

Actually, I thought about hanging the record itself on the wall but decided to use the album covers instead which really dates them and makes them look rather vintage, don't you think?

Once again, I spent a few dollars on the 3M Command velcro strips and attached them to the wall.

I will probably use some old records (my and my husband's favorites) to decorate for every day.  If and when I get that done, I will share it with you--another thing I have meant to do for ever so long.

You could do a collage or have them separated as I have done mine. 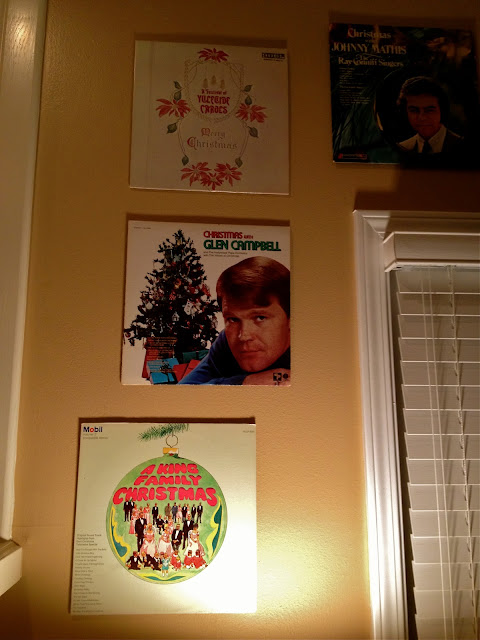 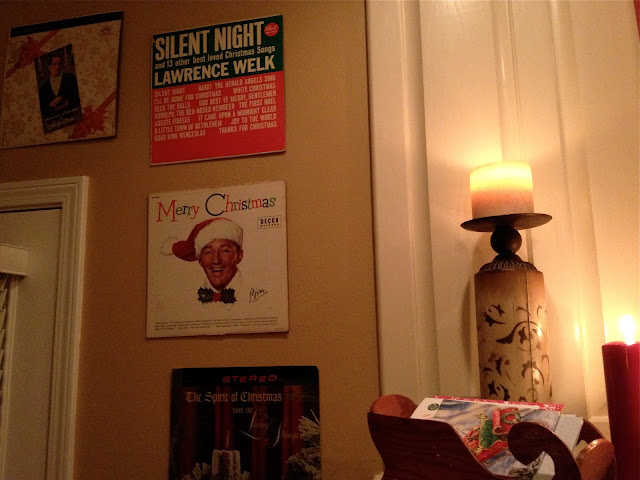 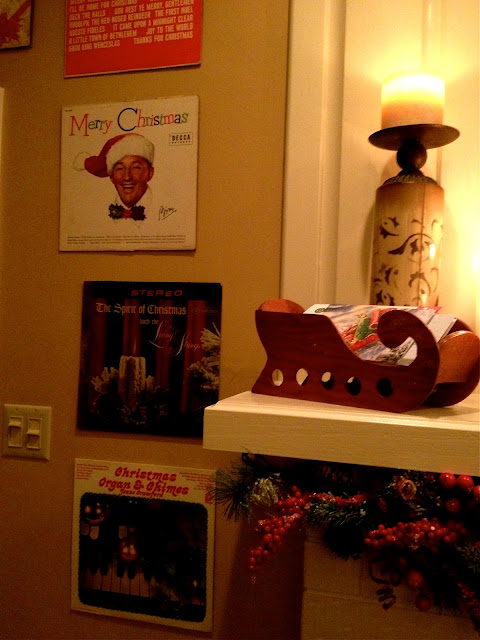 Tomorrow I will show you what is in between these two sets of records.  I am really liking it--mine wasn't so cheap but I have an idea for you to make one very cheaply.

See you then--
Love,
Dianne

P.S.  The album to the left of the Lawrence Welk one is Perry Como.