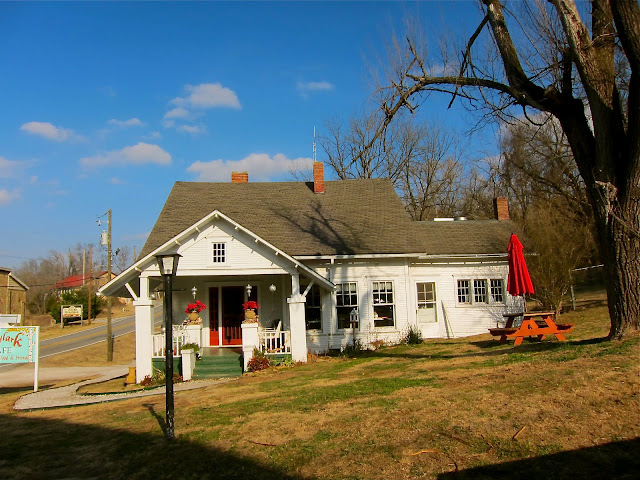 On the way home from Branson right before Christmas, while I was taking pictures of a church across the street, my husband was checking out this little restaurant, the Skylark Cafe, in Leslie, Arkansas. 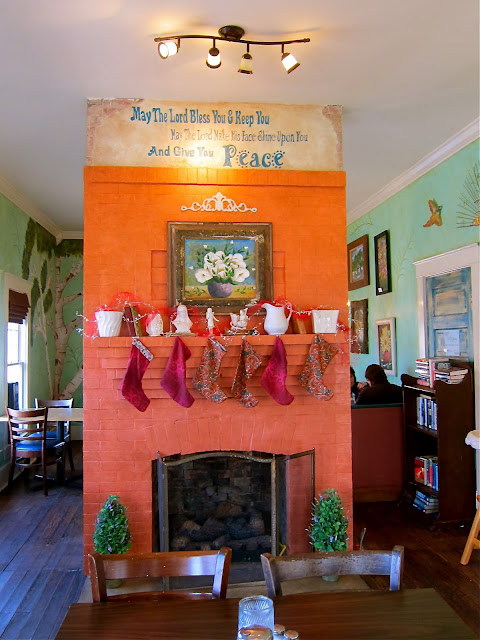 It was off the beaten path just a bit but I was looking for churches to take pictures of for Weekend Worship. We had eaten a big breakfast kinda late and it was only 12:30 PM so I was shocked when my husband suggested that we eat there. ~~Not disappointed, though--it just looked like they would have good food. 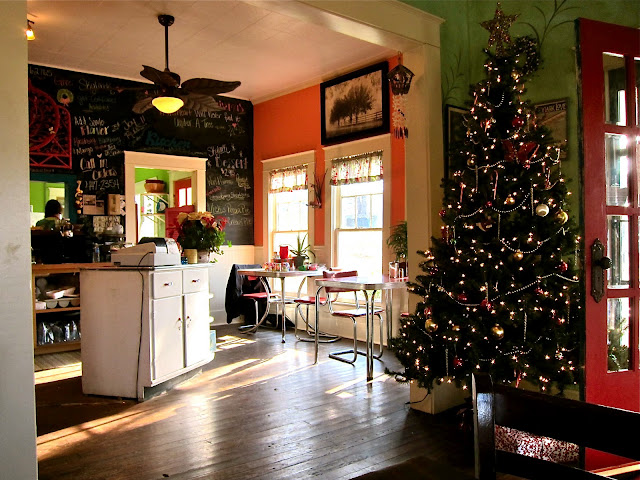 Leslie is a little town of 482 as of the 2000 census. While we were sitting there waiting for our food, my husband wondered out loud "how in the world they stay in business and who in the world eats there."

I commented that maybe they get a lot of local people, retired people and maybe some folks from over at Yellville, population a little over twice as big as Leslie. While we were still contemplating all of these important issues of the day, the screen door opens and a man and two ladies come in.

They were looking for a "local" barbecue joint. It didn't take but a minute or two before he had joined us at our table. He said they were going to be in the Little Rock area that night and asked us about barbecue places. I could not think of a "local" one and mentioned "Corky's", not realizing that he was a connoisseur of great restaurants. He immediately let me know that Corky's was a chain. LOL

Well, I'm honestly NOT SURE he is a connoisseur but he is from Paris, France, so I figured that just maybe------! 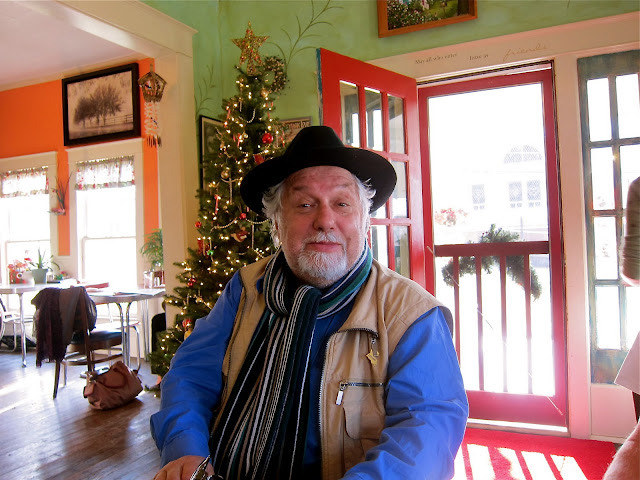 Isn't he the cutest thing you've ever seen and could he look any more the part?  Actually, he was an actor from the local town practicing for a play they were having that night--no, no, he was really from Paris.  Can you believe that?  It is such a small world! 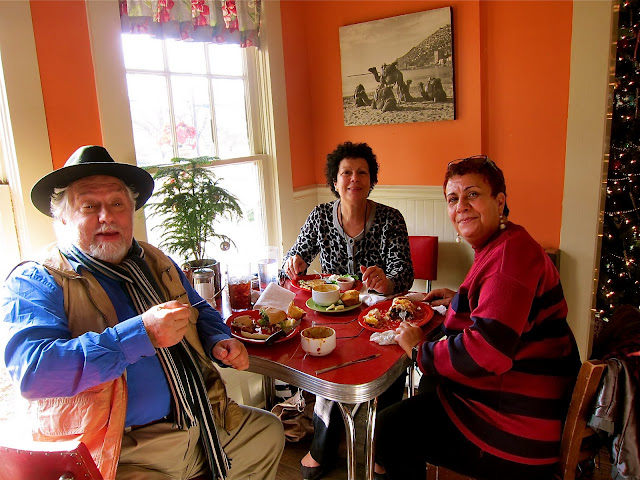 And here is our nouvei ami, new friend, Colin, with his wife Hamida (across the table from him) and Pella, her sister.  Colin spoke perfect English.  Hamida and Pella did not speak very much English but seemed to understand everything I said. 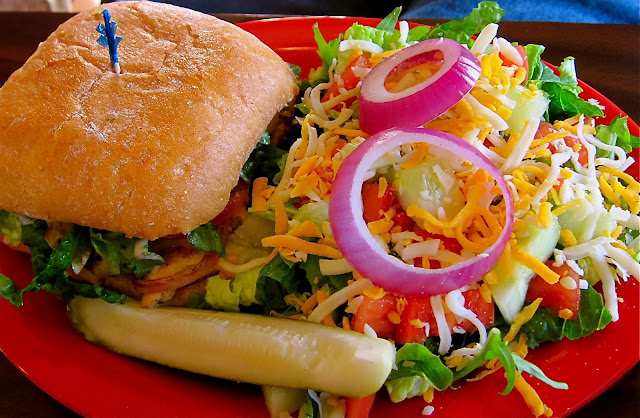 And here is the delicious food the restaurant served.  My husband got the parmesan crusted chicken sandwich and I got a hot cajun something or other.  They were both delicious.  And fresh salad--it seems that hardly anyone serves fresh salad anymore. Our new friends were NOT disappointed in their choices--said everything they ordered was really good! 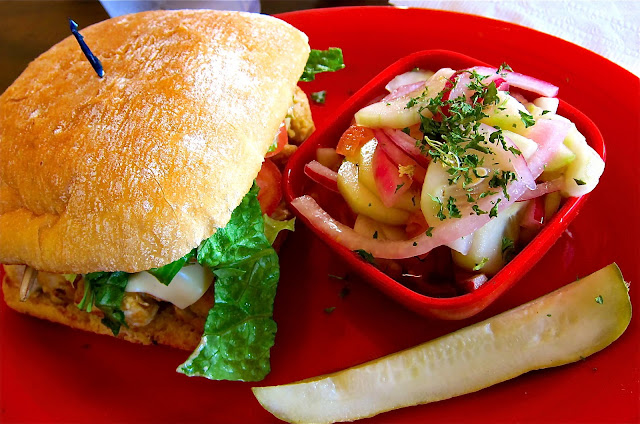 And cucumbers, tomato and onion in a vinegar dressing--oh wow!  to die for--
So would you say a prayer for our new friends--somehow when we meet someone from so far away in such a remote, unlikely place, I just can't believe that it was a coincidence.
I gave them my web address so I am hoping that they just "happen to tune in" and see themselves.  They were just beautiful and I felt blessed to get to meet them.  God, bless all of you, dear new Paris friends.

All glory to God~


2011-the Year of Living Beyond Myself
Now to him who is able to do immeasurably more than all we ask or imagine, according to his power that is at work within us, to him be glory in the church and in Christ Jesus throughout all generations, for ever and ever! Amen. Ephesians 3:20,21
Labels: Colin France Hamida Leslie new friend Paris Pella Skylark Cafe