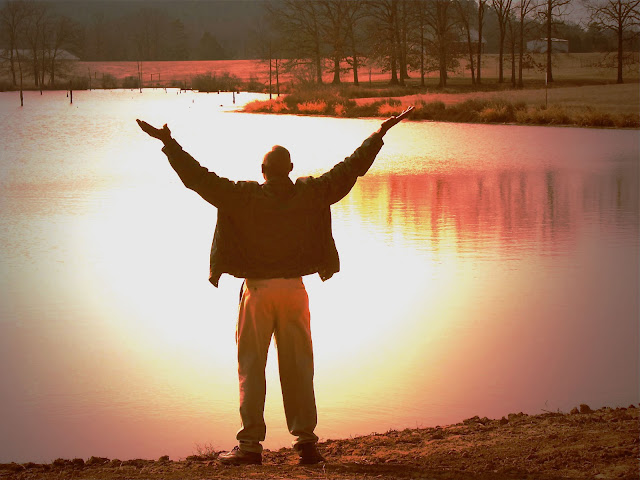 Early this morning I read this scripture:

You did it! You turned wild lament into whirling dance;

You ripped off my black mourning band and decked me with wildflowers.

I'm about to burst with song; I can't keep quiet about You.

Oh, my friend, this verse tells just a little of what was in many hearts today. There is so much to share that I honestly do not know where to begin. But I will try.

For my husband and me, this story began about ten years ago when our oldest son introduced us to James, a friend he had met at church. I can't begin to tell you what a handsome, intelligent, personable young man James was. The only thing, he had become consumed with drug addiction. I am so anxious for you to know his story and hopefully one day I will be able to post the whole thing.

When we met him, we learned of his plight--of his loss of both parents as a teenager--our hearts broke for him--We were living in Tulsa at the time and he was living in central Arkansas--part of the time with our son and his wife. We pledged our prayers to him and tried to help him as much as we could. But James was not ready yet to make the change in his life.

About five years after we met James, he went to John 3:16 in Charlotte, AR--a free faith-based drug and alcohol rehabilitation center. There he got his life back together and rededicated himself to God.

Before James went to John 3:16, a local preacher, Dr. Larry Pillow, tried to help him get drug free.  Larry had lost an adult son to a drug overdose and wanted so much to help other young men not go down the path his son had traveled.

After James got his life back together he called Dr. Pillow and told him about the success he had there. Dr. Pillow went to visit the facility in Charlotte and became consumed with the desire to start a similar facility here patterned after John 3:16.

To try to condense it somewhat, I will say through a long, long process, the vision was born--James and his wife, Laura (in the meantime he had met a beautiful young woman and gotten married) moved to Conway, God moved on the hearts of people to donate endless time, energy and money to make Renewal Ranch a reality.

We opened the facility today. It is free for the participants. Jesus paid the price. All they have to be concerned about is believing God's Word and acting upon it.

Today we had a huge celebration at one of the local churches of Conway, James' home church. We had an absolutely awesome service and sermon about Jesus' ministry of healing and meeting people's needs right where they are.

All of the nine men and their families came. The church fed us and then we went out to Renewal Ranch to help get the guys moved in.

One of the participants, Charles, is from New Orleans. As I was talking to him and asking him about Hurricane Katrina, I learned that he had been one of those housed in the Superdome. We all know of the horror that happened there. That is Charles in the picture above. No wonder he felt like rejoicing--to know that he is embarking upon an experience that will change him and his life forever. 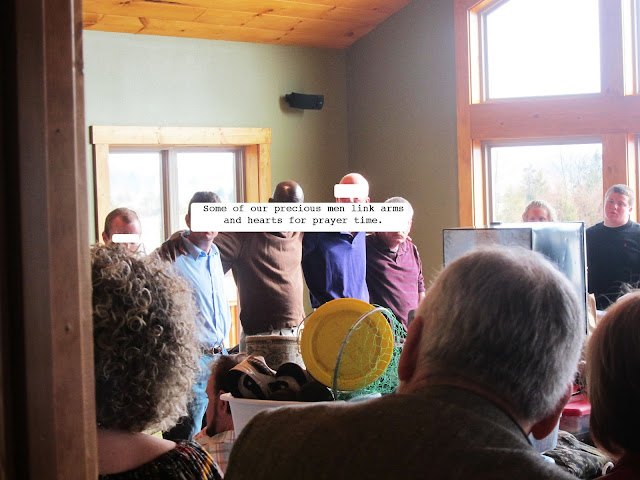 (I know you understand that I wanted to protect the men's privacy--in six months or so I'm sure they will be shouting it from the rooftops but that should be their choice and their prerogative. ) 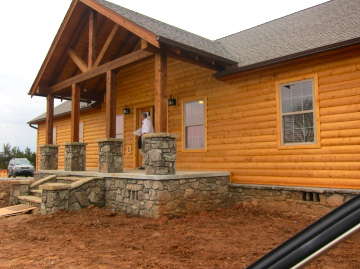 (God provided an incredible bunkhouse for these men)
That is what God wants to do for all of us--for all of these nine men. As I talked to the parents, families and friends of these men and saw eye after eye well with tears and heard the emotion-choked voices of loved ones with new-found hope, it was almost more than my heart could contain.

I felt as though I was in a meadow, singing at the top of my lungs bedecked in the most beautiful wildflowers ever created. So once again I must say:

You did it! You turned wild lament into whirling dance;

You ripped off my black mourning band and decked me with wildflowers.

I'm about to burst with song; I can't keep quiet about You.

and I am dancing with wildflowers!

Loving you,
Dianne
2011-the Year of Beyond

The name of the facility is Renewal Ranch of Conway, Arkansas.  If you have a friend or relative who would be interested in this program, you can email me at the contact information on the navigation bar under the header and I will get you connected to the people you need to talk to.