HAPPY BIRTHDAY TO ME! 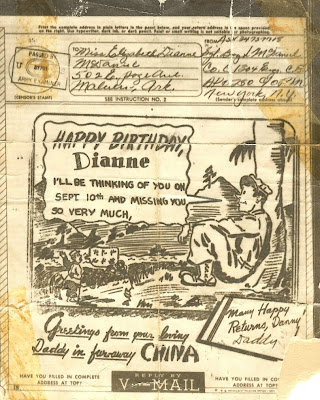 This soldier leaning against a tree thinking of home and family so faraway has always made me so sad and nostalgic--it is a perfect reflection of my dad's personality at times. He was really sentimental.

One of my most treasured mementos is a card I received from him that year. I love the little box where he signed it--"Many happy returns, Danny! Daddy--His handwriting is the "Danny" and the "Daddy." By the time I was a year old, my 2 year old brother had started calling me "Danny" instead of "Dianne." Seven years later, my little sister, Mary Jane, was born and a year or so later, I became "Ninny," because she couldn't say "Danny."

Isn't it odd how most dates are just that --Dates-- but the date of our birthdays are so special and just the mentioning of them can almost give us butterflies.

By the way, I was born on Sunday. That has always seemed special to me. In the Jewish culture, it is considered a very great honor to die on your birthday. Corrie Ten Boom, a Hollander, who helped saved the lives of many Jewish people during WWII, died on her birthday when she was 83 years old. Just thought I would throw that in--I love Corrie and I love interesting trivia such as that. 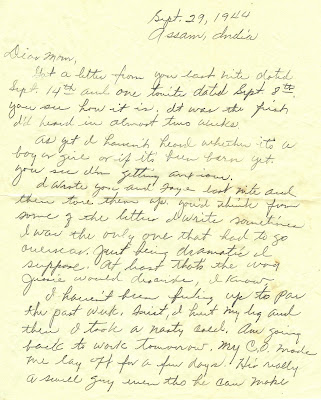 The second paragraph makes reference to my birth or lack of knowledge thereof. 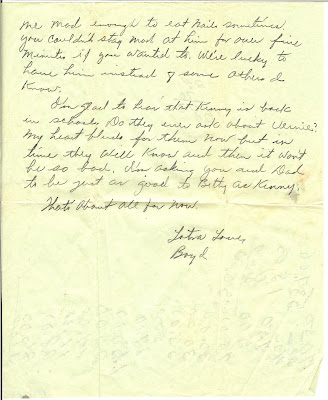 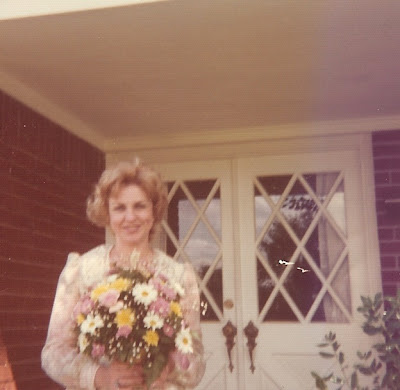 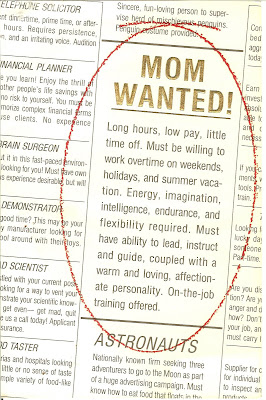 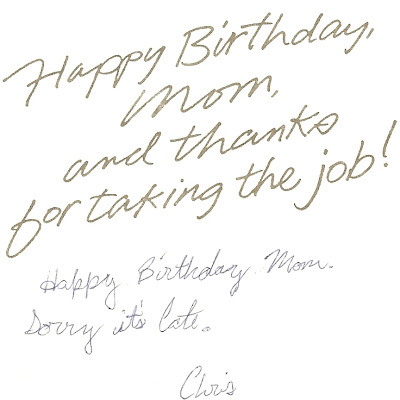 One of my favorite birthday cards I've ever received. 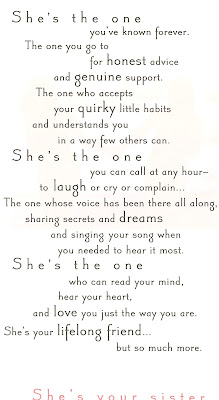 Have you ever worked your whole life long on a project, a relationship, a goal, a dream? When I received this birthday card yesterday, I broke down and cried because it was the validation of a relationship, a goal, a dream. All of my life I have tried and wanted to be to my sister exactly what this card says and when she sent it, I was stamped, validated as genuine, the real deal--a sister my sister could depend on. I have made many mistakes through the years but she saw through them and knows how much I love her, how much I want to be there for her. Thank you, Mary Jane, I love you with all my heart.

And last but not least, my card from Larry. Now folks, my husband has his faults, although not many people really believe that he has any because he is perfect out in public, LOL, but when someone can know the very worst things you've ever done in your life, the worst thoughts you've ever had, and see you at your worst and STILL loves you, the way Larry loves me, well--let's just say, he is a keeper. Thank you, Sweetheart, I and only I know just how deep your love for me goes and I appreciate it from the bottom of my heart. You are my knight in shining armor. 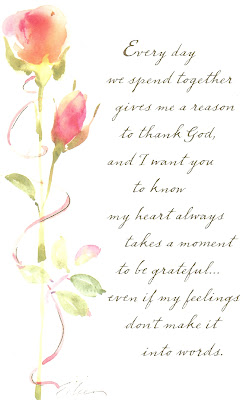 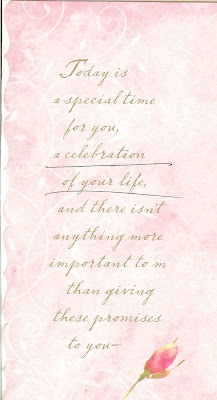 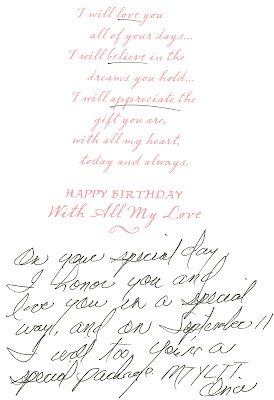 If you sent me a card, called me, thought of me, or prayed for me, thank you. You have made my day so blessed and I love you all. You know who you are!