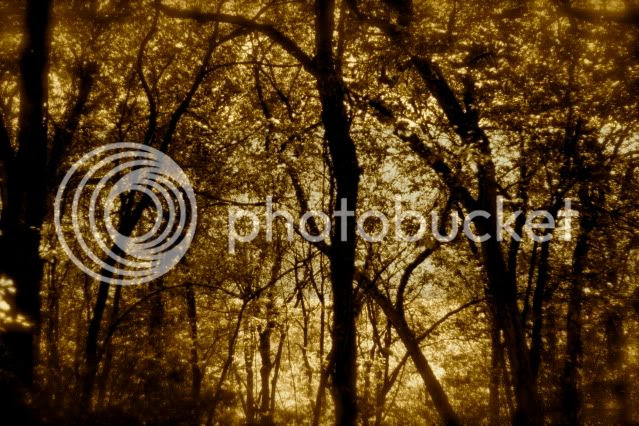 Last Thursday I got to do something I've never done before--go to the deer woods--oh my, and are they glorious. It helped me understand something I've never understood before--the call of the wild to many men.  And I don't want to leave out the ladies.  We have some ladies who accompany their husbands and especially lots of daughters who go with their fathers. 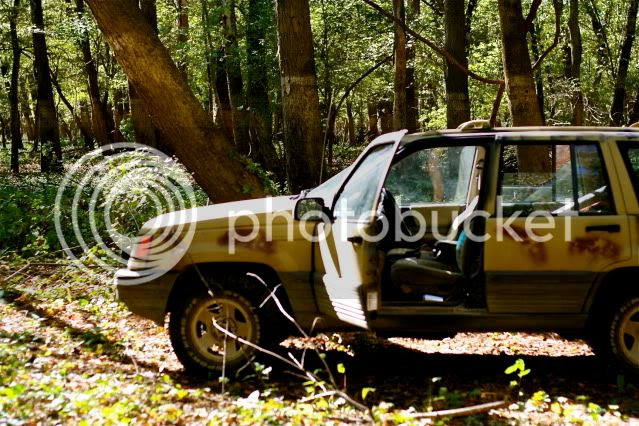 My brother has a cabin and some land down in the middle of all this bottom land and he was having a "work day."  He hosts a lot of his friends there at various times during the year so he was making use of them to help him do some of the work that has to be done to keep duck and deer season going. 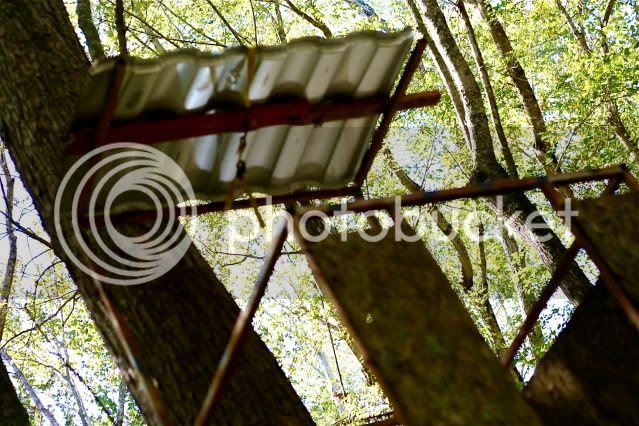 This is one of the stands that needed mending. 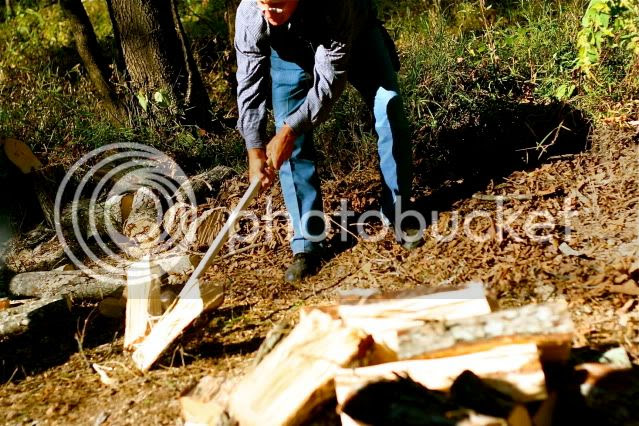 There was lots of wood to be chopped for warm, winter fires.  I couldn't believe Bob looked so preppy chopping wood--just look at those starched jeans.  And man look how he split that log with one whack.  I was impressed. 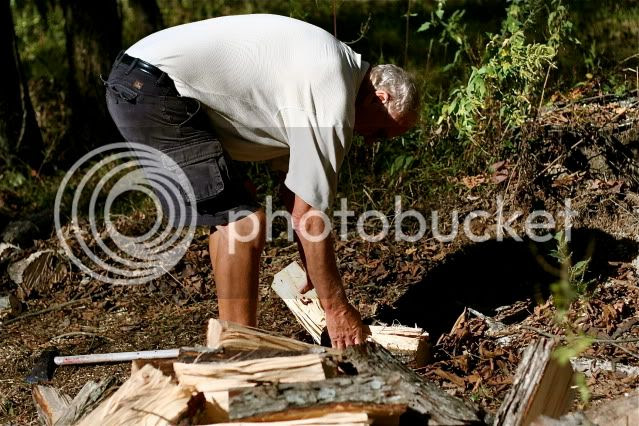 This is my husband helping with the chopping.  Only he would wear shorts to the middle of the woods.  He is so tough!! 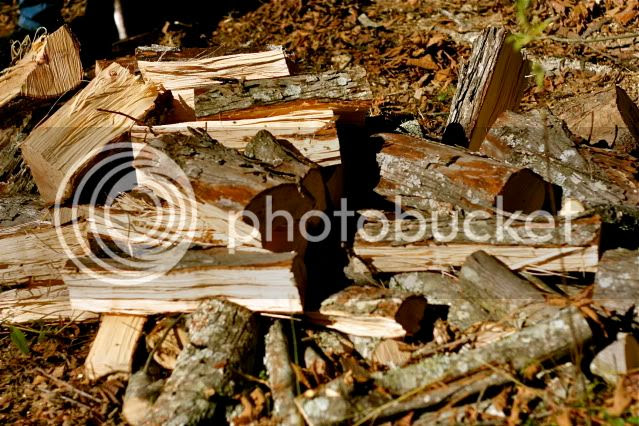 Just the start of the big pile of wood they chopped! 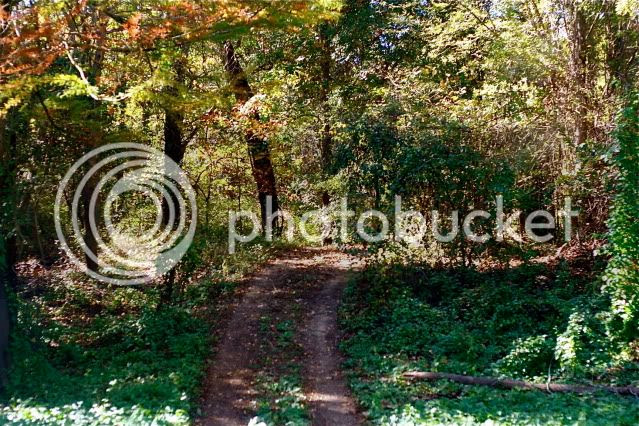 My brother drove me and several other of the gals from Pig Trot Boulevard to Riverside Drive and back again several times.  It is amazing how these men can find their way around in these deep woods with little unmarked ruts going off in all directions. 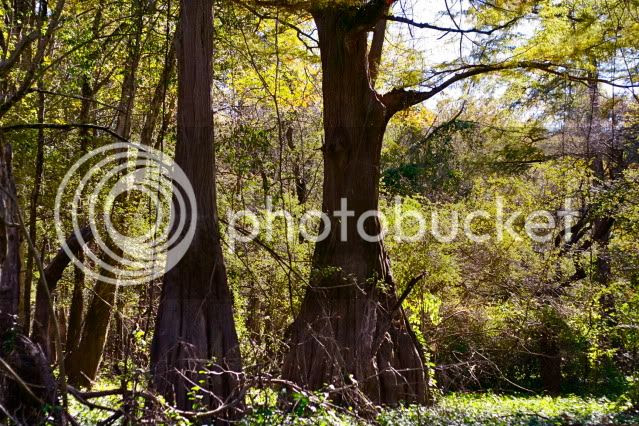 He told us a story that someone else told him about these huge, old cypress trees.  Evidently they have been around for at least seventy-five years from the tales we heard. 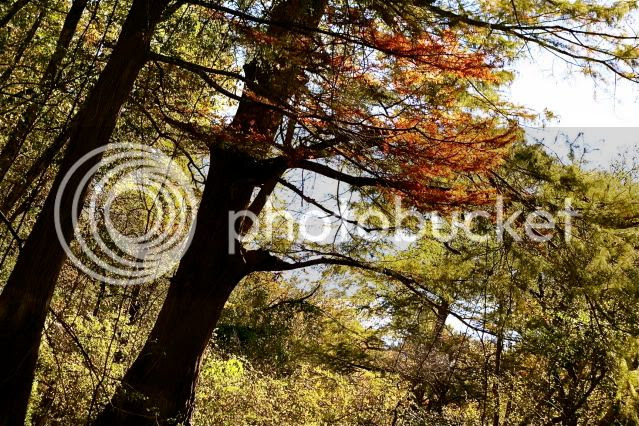 A little bit of color starting to show through.  The woods were under fifteen feet of water a few months ago.  You could see the water marks on the trees.
Also, if you are one who has trouble with hunting animals, in Arkansas the deer population would become unmanageable, endangering the lives of many humans, if it weren't for deer hunting.  We have many accidents on our roads and highways from deer crossing in the paths of vehicles as it is. I wanted someone to climb one of the deer stands so I could get a picture.  My sister-in-law volunteered and this is my brother "thinking" he is helping her up. 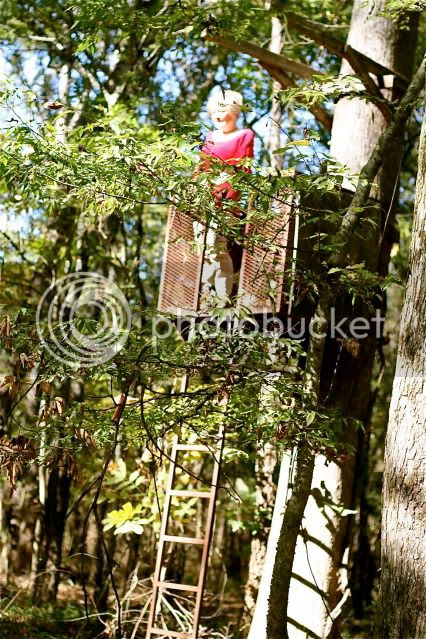 She gave several hand pumps in the air when she got to the top.  No easy feat for people our age!! 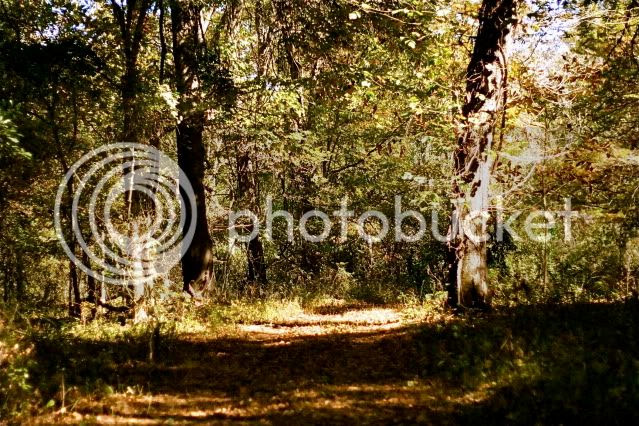 I wish I could remember the names of all these trails.  Some are funny such as Pig Trot Boulevard.  Some will rip your heart out--named after a son of a friend who used to hunt here, whose life was cut short. 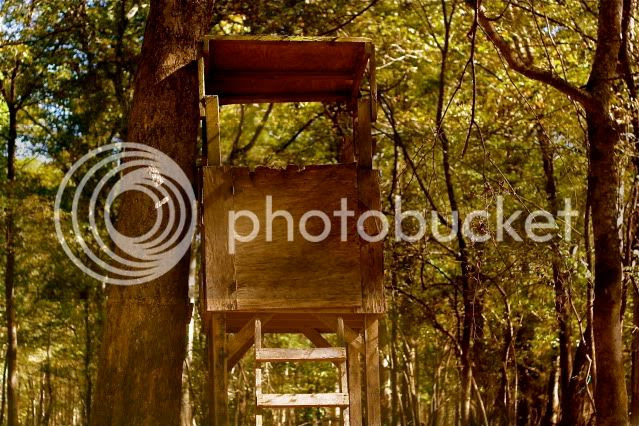 My brother, who is a clown at heart, and could have been another Johnny Carson, got serious when he told me about this scenario:  He said, "Imagine the middle of winter when it's about twenty-two degrees and the snow is lightly drifting down-- you've sat here alone in the stand for hours on end, you've prayed every prayer you know to pray, you've watched the possums come along with their little families trailing behind, every kind of animal you can think of, bobcats and their young--this is my favorite time to be here."
He had to laugh when I said, "And then cell phones were invented." 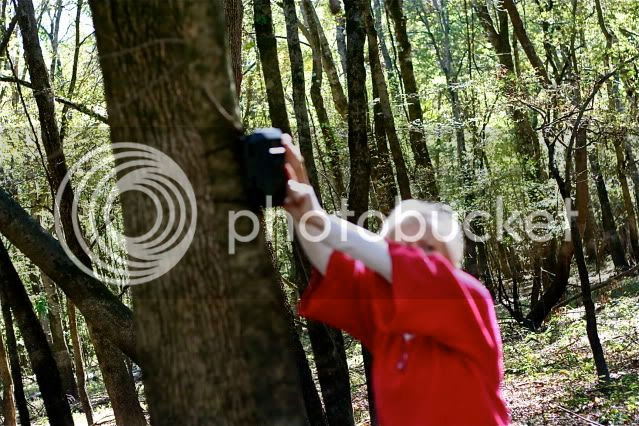 Although I have to tell you, something very interesting happened.  They had a surveillance camera set up on a tree and were going to plug a computer up to it with a USB cable and watch the animals that had come in the camera's path in the last few weeks.
My sister-in-law forgot her cable and, because of that, left the laptop back at the cabin-- SO my brother called a friend of his and you will never believe this--a guy who was NOT in the woods working with us-- and within five minutes this guy was down there in the middle of the woods with us.
He must have been driving by on the highway right by the deer woods road.  Anyway, he had a USB cable and a computer with him so there we were, in the middle of the big woods, watching the animals that had crossed the camera's path.  Weird!  That felt weird!  It did NOT feel like something Laura Ingalls Wilder would have done. 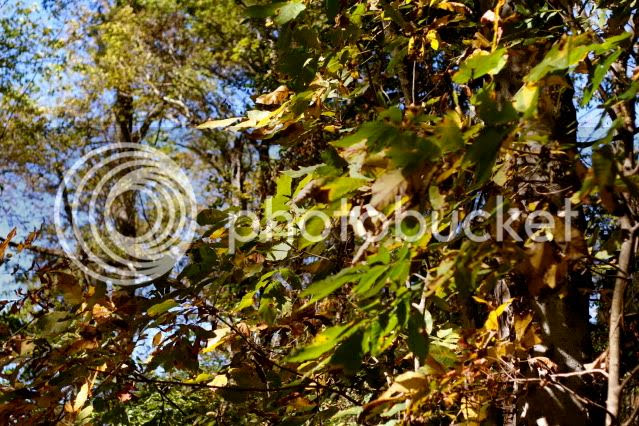 The light coming through the trees was really beautiful.  I took one picture with my favorite camera and it said, "You need to change your battery pack."  I was so disappointed but glad that I had taken two cameras with me. 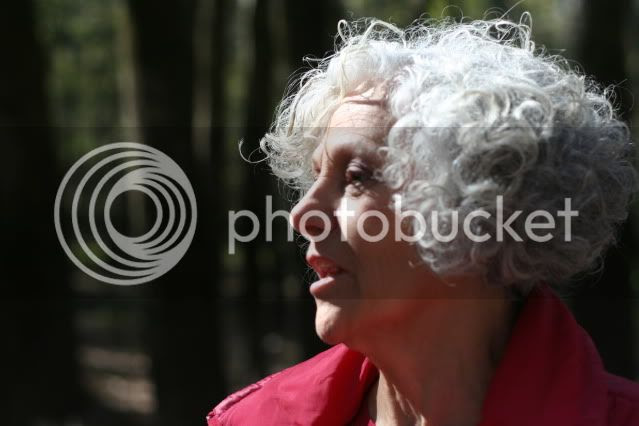 This is beautiful Lib.  Crazy thing.  I met her once almost fifty years ago.  My brother used to date her sister and I met her when  I was in college and she was in high school.  She was a star basketball player and led her team to two back-to-back state championships here in Arkansas.  She was "dead eye" from the outside.  Most of her shots would be three pointers today. 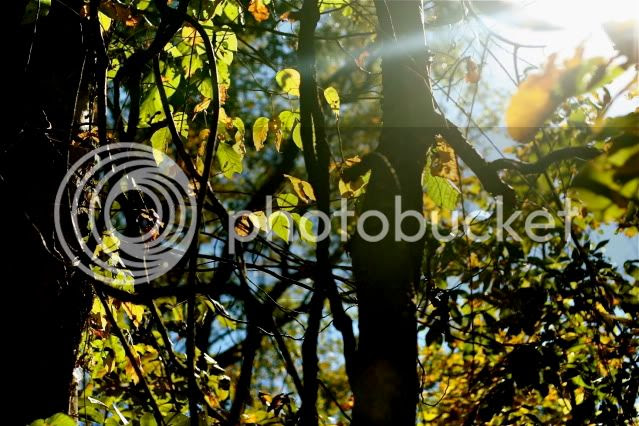 Speaking of beautiful--there is just no way to describe the sunlight filtering through these deep woods.
Are you starting to get the picture of why they love it out here in the middle of nowhere?  They feel so close to God and the amazing array of creation he fashioned. 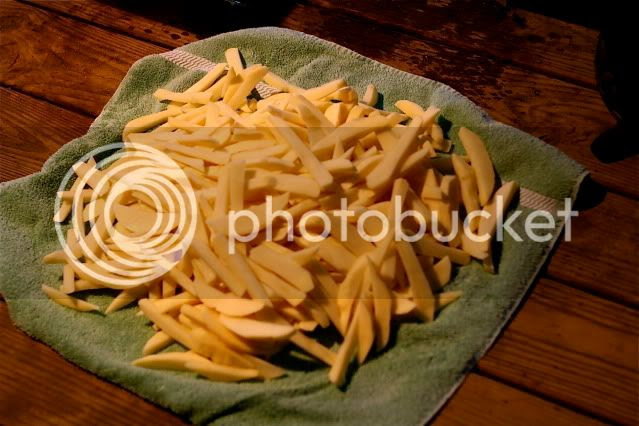 When the girls headed back to the cabin, we started making preparations for supper.  It's called supper when you are down in the middle of the White River bottoms.  This is a bath towel folded in half so you can tell that we gals peeled and cut up a mound of potatoes. 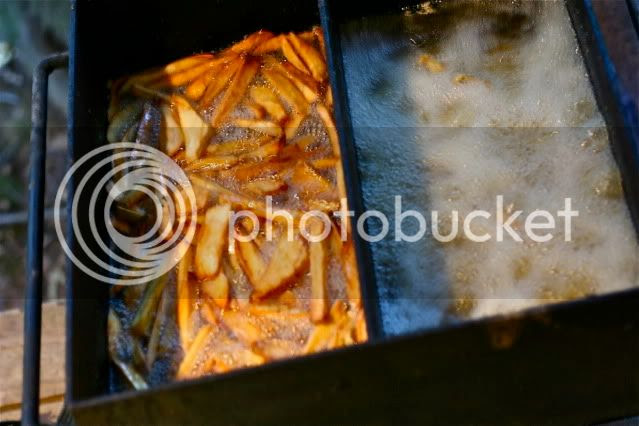 The best part of all this was the men doing the cooking!!  Yea! 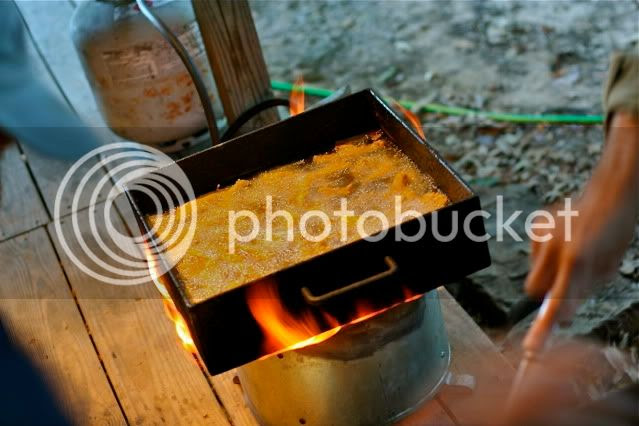 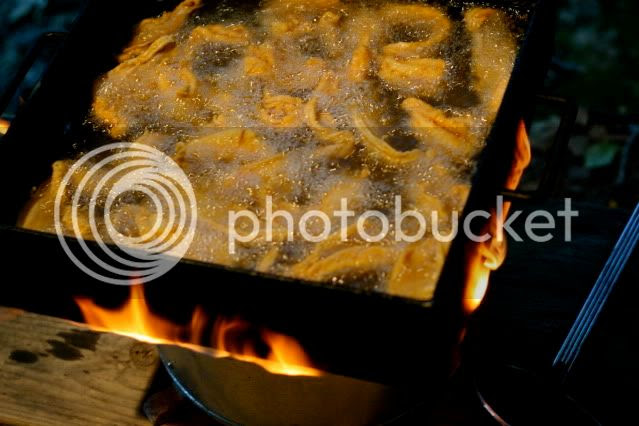 I'm getting hungry all over again just looking at this mess of fish--yes, that's what it's called in the south--a "mess" of fish. 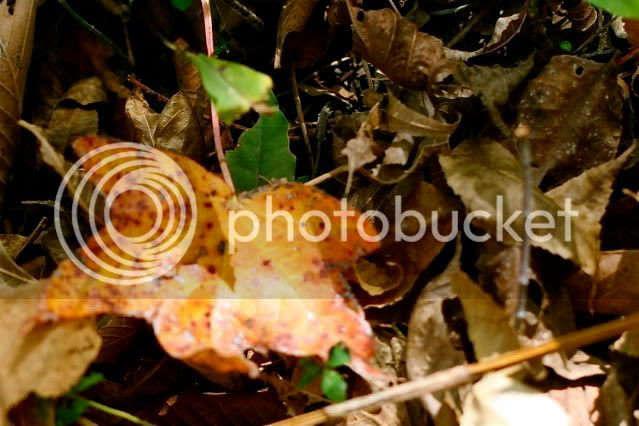 Getting to see the world of these animals up close and personal was a thrill I will never forget. 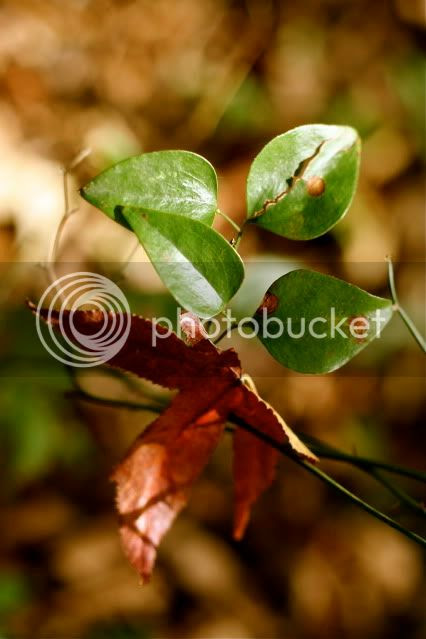 Your unfailing love, O Lord, is as vast as the heavens;
your faithfulness reaches beyond the clouds.
Your righteousness is like the mighty mountains,
your justice like the ocean depths.
You care for people and animals alike, O Lord.
How precious is your unfailing love, O God!
All humanity finds shelter
in the shadow of your wings.
You feed them from the abundance of your own house,
letting them drink from your river of delights.
For you are the fountain of life,
the light by which we see.