Today's memories are only two days old so they are still fresh and vivid in my mind. Larry and I drove to Greer's Ferry to spend the day with David, Sharon, Carole, and Jerry. It was a great day of fun, food, and fellowship. 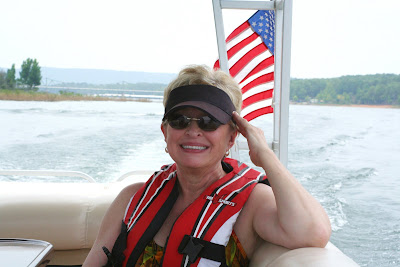 I love this picture. It looks like Carole is saluting but I think she is holding her visor on so it won't blow off. 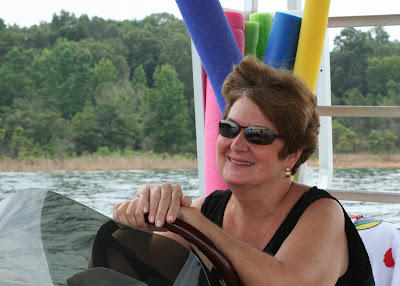 This is Sharon, David's girlfriend. 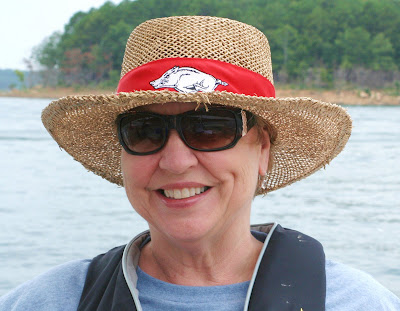 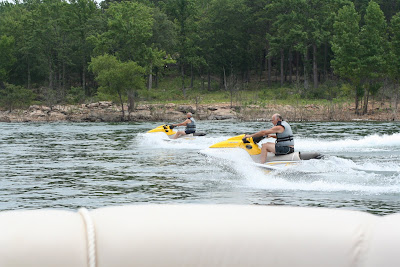 David and Jerry on the JetSkis. 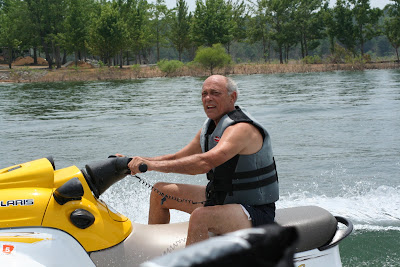 David was a fighter pilot in VietNam and he is one daredevil of a guy. He gave Sharon's grandson and his (Grant and John) friend the ride of their lives. He threw them off 5 times (on purpose doing do-nuts). They held on so tightly that all three of them got thrown off twice. They said if they were going they were taking David with them!! 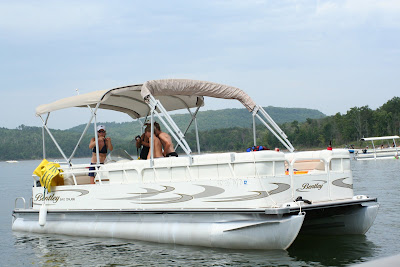 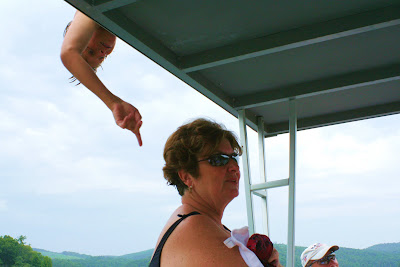 This is Grant's friend, John, poking at Sharon from atop the canopy. 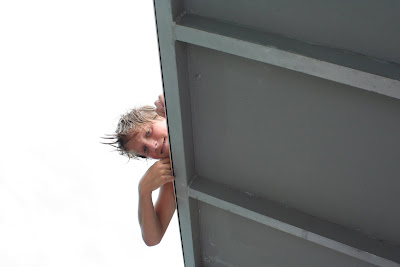 He peeked over and said, "Did you get me?" A picture of him that is. 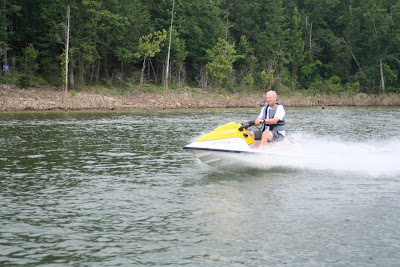 David wanted Larry to ride the JetSki all the way back to the cabin--about a 30 minute ride. It gave him time to really get used to it and he picked his speed up somewhat. 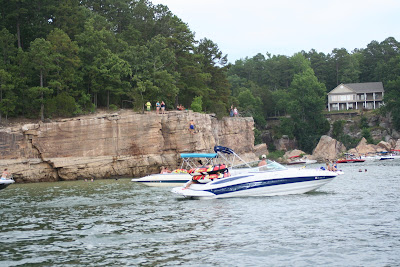 A bluff about 30 feet high or so where kids were jumping off and then climbing back up. See the kid on the rocks. He wasn't the only one. Amazing because it was straight up. 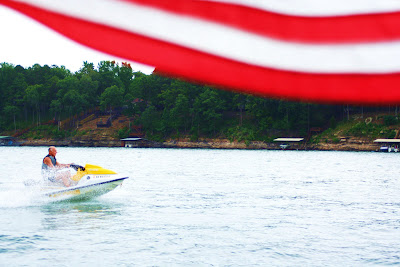 I love this picture of Jerry with the flag waving from the boat. I wish I had gottten him a little bit closer in but just click on the picture to see him a little better. 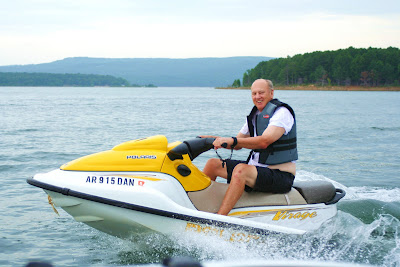 And this is my favorite picture of all--Larry Dale!