Contrails of the Cross 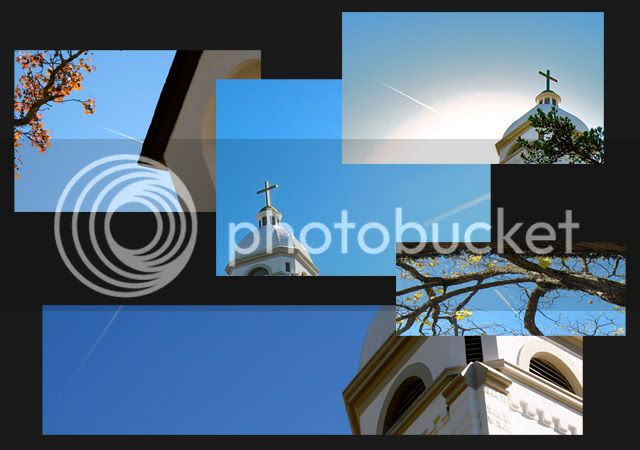 Last weekend as I took pictures of churches in Hot Springs, Arkansas, it seemed as if there were an inordinate number of jet contrails in the distance.  Since my camera was pointed upward towards the steeples and the crosses when I noticed these contrails, the following thoughts crossed my mind.


And while natural contrails leave a picture of where they have been for a short while, the streams of the cross leave patterns all across eternity's sky, the whole of them intersecting, converging and traversing until finally the picture we see is total light, bearing witness that Jesus has always been here.
I pray that in each step, each move, each word that I say today, contrails of the cross will be left in their wake until all those around me know that Jesus is an integral part of my life, me unable to separate Him from being seen in my life, just as the jet with the tell-tale stream of evidence behind it.
May my life produce a contrail of evidence, that all would declare me guilty of following after the Christ of the Universe. The things of God do not evaporate, dissipate or trail into nothingness.   Long after I am gone from this earth they will be just as clearly visible then as they are today. This thought gives me pause to ponder what message the contrails of my life will leave.
Blessed is the memory of the righteous.  Proverbs 10:7

2010-the Year of Longings
I long to leave a contrail of glory to God.
Labels: contrails evidence light